We were the beneficiaries, on our travels of all kinds of advice and recommendations – one of which was “Don’t bother with Dublin!” Well, as a bit of a contrarian that’s about all it takes to convince me that Dublin is someplace we should definitely do. And we were very glad we did. What a gorgeous and complex city.

This was my first real introduction to Georgian architecture and Dublin is full of it – street after street of uniform four storey blocks – a basement below street level, three stately stories and an often ornate attic topper. To make the houses look taller and more impressive, architects of the period cleverly modified the windows on each successive floor – making them progressively smaller to create the optical illusion of added height. A standard feature of Georgian buildings is the paneled front door with a window or transom above that has become iconic to Dublin. These blocks were built in the seventeen and eighteen hundreds, before street lights were installed and so a by-law required every fifth house to have a gas light over it’s front door to illuminate the street. This particular door is “the most photographed in Dublin” according to our tour guide so if you receive a postcard of the front doors of Dublin, this one will be on it. 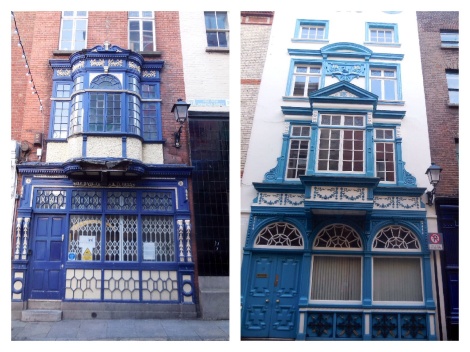 We were not long in Ireland before we got a sense of the very tough economic times they are experiencing. Retailers were absolutely apologetic about prices and taxes, and the talk in pubs was about the heady days of the ‘Celtic tiger’ in the late 1990’s when Ireland’s economy was soaring. The bust that followed has resulted in a 14% unemployment rate, and much higher among young people here. There’s a housing shortage in Dublin as people move into the city to try to find work, while in smaller centers we would visit later in the week whole subdivisions or ‘estates’ built in the early 2000’s sit completely empty and for sale. But the tough times weren’t evident in the crowds on toney O’Connell Street with it’s exclusive shops and imposing doormen, and the pubs and restaurants in trendy Temple Bar were doing a brisk business even mid-week. 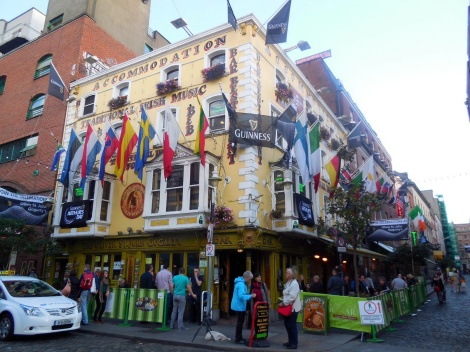 Several whimsically-named rivers run through the Dublin area – the Poddle, the Dodder, the Tolka and the Liffey. River Liffey flows right through the middle of downtown Dublin, with wide boulevards along both sides and charming footbridges linking the commercial areas. It makes for a wonderful and eclectic stroll. The Ha’penny Bridge is perhaps the most famous of these but the Sean Heuston Bridge is my favorite and one of the oldest. It was built to carry horse-drawn traffic, and originally named Kings Bridge to commemorate a visit to Dublin by King George IV. The bridge was renamed in 1941 for an Irish patriot who was executed for his part in the Easter Rising of 1916. 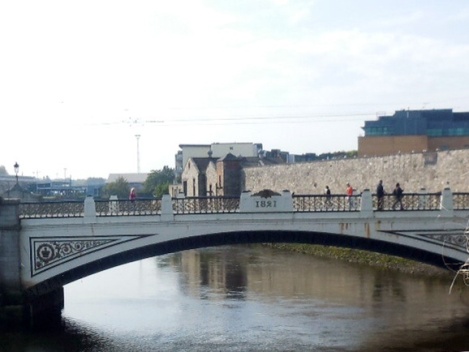 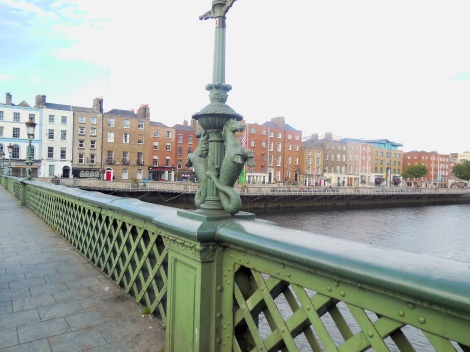 I often get vibes when I visit a new place. Chicago smells like business and money to me. In Cape Breton music seemed to be literally in the air, and in Edinburgh I thought I could feel the restlessness of ancient tribes wafting in from the Highlands – or maybe it was just the pounding of the Free Scotland rally in the hilltops. In Ireland, no matter where we were I felt anarchy seeping up through the pavement. A fluke of geography placed her within a fingers reach of the empire that for a long time spanned the globe, and so Ireland has spent much of her existence fighting to maintain her independence and her precious identity. The signs of the struggle are everywhere, from the memorials in Dublin’s beautiful squares, to the bridges named for her martyrs, to the brass plaques set in the walls of otherwise innocuous buildings that mark the death of a patriot son or daughter. 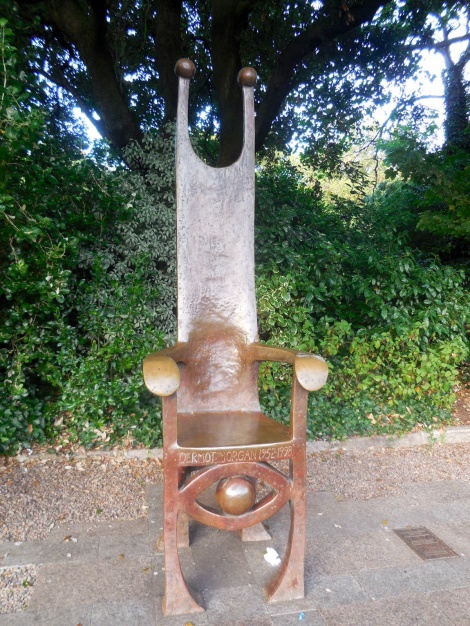 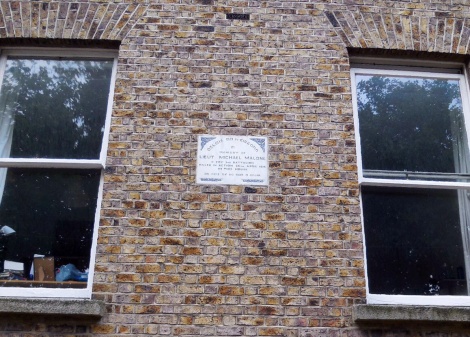 Ireland – and more specifically Dublin – has spawned more than it’s share of artists, writers and poets. Merrion Square and the neighborhood around it seems to have been a favorite hang out. James Joyce lived and worked here and met his wife, Nora Barnacle at a nearby cafe. Oscar Wilde endeared himself to me with his quip “I drink to keep body and soul apart.” A corner of Merrion Square is dedicated to him and I was delighted to find some of my favorite aphorisms on the plinths there. Merrion Square is also home to a collection of vintage Dublin street lamps. 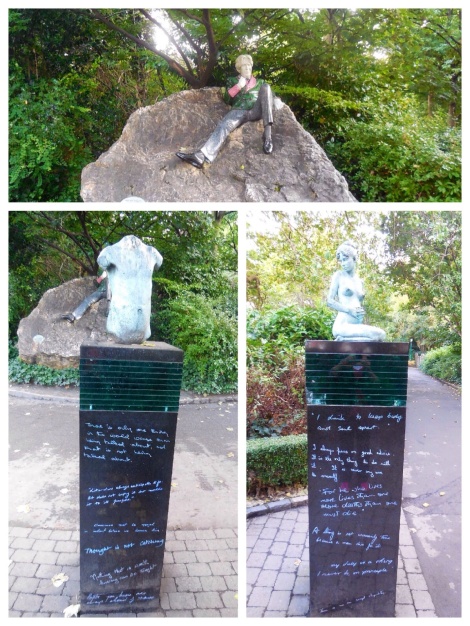 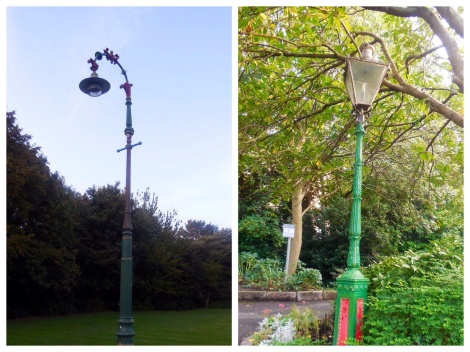 I’m so glad we made time to see Dublin and there’s more to come. Stay tuned!

2 responses to “An Adventurous Broad Abroad Does Dublin”